Wow !! Ollie Bray comments on a report that he noticed in Sunday’s Independent Education section that extols the introduction of ‘ Free Running’ (Parkour) as a curriculum subject.

Parkour is an activity with the aim of moving from one point to another as efficiently and quickly as possible, using principally the abilities of the human body. (Wikipedia)

The article points out:…the Assessment and Qualifications Alliance examination board had recognised parkour for part of the national curriculum for gymnastics. Westminster is now planning to convert a skateboard park into the country’s first dedicated free running centre.

I think this is a terrific idea  … and being old … I have to ask the question … ‘ Did anyone ever play the game of ‘Pirates’ in the old fashioned style gyms in their school days? I remember that we were allowed to put out all of the apparatus … beams, benches, ropes, horses, rope ladders etc in a sort of random way and then we chased each other up and down and over the kit … the idea not be touch the floor and not to have your sock (it was sticking out of the back of your shorts) stolen. Great fun, very active … has not made the Olympics.

Richard Hammond presents an extraordinary new game show.Crashes, smashes and hilarious mud splashes are on the cards as twenty contestants take on one of television’s largest and most extreme obstacle courses. They journey across the globe to the purpose-built Total Wipeout course in Argentina to put their strength, balance and bravery to the test in the hope of winning the 10,000 pounds cash prize and being crowned this week’s Total Wipeout champion. 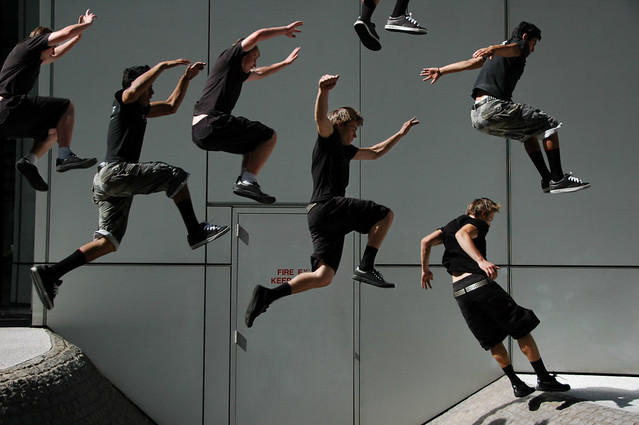