There are two things (in fact there are lots of things) which are taxing me at the moment. The first is the question of the New National Curriculum. It doesn’t matter what the curriculum is for in this taxing it is more of a question of ‘who’ it is for. If the trend in secondary education continues then soon there will only be a few schools that are not academies. Currently the information on the DfE web site states: Figures out today (Friday 11 January 2013) reveal that there are now 3,167 schools in England either open as Academies or in the pipeline to become Academies. This looks slightly different if you look at the figures closely: There are 974 open primary Academies – six per cent of all primaries.There are 1,584 open secondary Academies – 48 per cent of all secondaries.

So nearly half of our previously State secondary schools are now academies … they do not have to teach to the NNC so what is the point of having one?

I wonder when and if primaries will catch on or up?

The second thing that is irritating me is the meddling of ‘expert groups’ in curriculum change. The NNC for whatever ICT is going to be called has been left in the hands of The British Computer Society (BCS) and the Royal Academy of Engineering (RAEng) and other partners but it is these two groups who wish to change the name of the subject from ICT to Computing.

I am sure they have their own reasons for this but NO let’s not go there. We have/had an education system which spans a wide age front and  ‘computing’ is not what we are talking about in the early stages of this compulsory period of schooling. We must not forget that nor should we allow other to forget it.

Attribution: Image: ‘the axe forgets what the tree remembers‘ 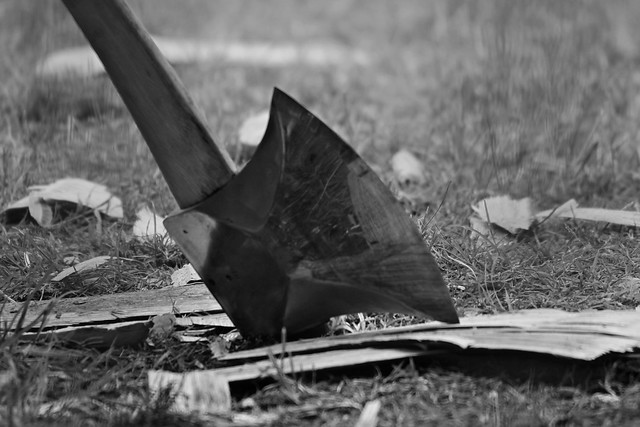