Is it true that bits of the DfE do not talk to each other? How is it that one end of  curriculum assessment is suggesting that maths needs to be made more relevant and appropriate to a digital age and another, at primary level, is saying that children should learn their ‘tables’ up to 12*12 and … This means learning times tables up to 12×12 and being able to carry out long multiplication and division without the aid of a calculator… says Education Minister Elizabeth Truss.

Tests under the current curriculum do not ask as much of pupils. For instance, they only have to know their 10×10 times tables and they only need to know how to calculate the area of squares and rectangles.

A new separate written arithmetic paper has been introduced to key stage 2 tests to ensure pupils are fluent in the discipline.

The government is also banning the use of calculators in tests for 11-year-olds from this year for the first time.

Also marks will only be given to pupils who get the wrong answer if they show their working has been done in efficient methods, including long and short division and multiplication instead of so-called ‘chunking’ or ‘grid methods’. Pupils who get the right answer will still get full marks, whatever method they have used.

Q: When did I last use my ability to add and subtract fractions with different denominations and mixed numbers?

Q: Why do people need to know the multiplication facts to 12*12 … have we  gone all American and still wish to use feet and inches and is our currency going back to £.s.d?

A: No idea and No and No

A: Actually never … except in an exam

Q: When do children, in general, at the age of 11, need to know how to calculate the volume of a cuboid?

A: Never … if they did want to know – http://www.mathsisfun.com/cuboid.html

Q: Why are people so anti-calculator ?

A: No idea … what is the big deal about being able to do sums without one and do long multiplication by a non efficient method ( using a bit of paper etc) when a Google search will give the answer to 576*345 straight away? (198720)

Q: Is there an understanding about the difference between arithmetic and maths?

A: I think not

I could go on but the issue is clear that the things that we teach our young people should be relevant to their developing lives and not just so that the institutional education system can say that it is better than others in the world.

Friend Tricia Neal passed this on to me. Didn’t see a mention of formal education … or did I miss it, or wasn’t that an issue? 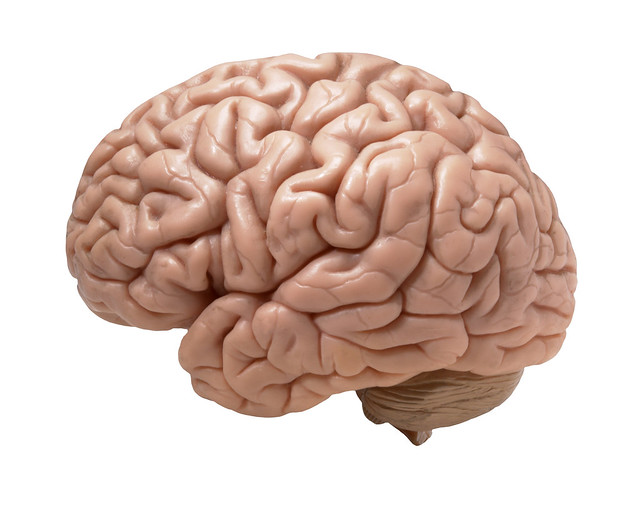 Sorry for the breakdown in service on this blog.

My ISP chose to move to another server and it has taken us some time to sort out all the bits and pieces. I think that some of the order may have got a bit mangled but the content is all there.

So normal, whatever that is, service will be resumed  when there is something that gets me excited or upset.

Thanks to Mat for sorting out all of the twiddly bits.

Article 31 of the UN Convention
That every child has the right to rest and leisure, to engage in play and recreational activities appropriate to the age of the child and to participate freely in cultural life and the arts.
Many thanks for all of the kind comments and retweets etc following yesterday’s post. This is so important … we must not move blinkered into a world where childhood merely becomes a precursor for growing up (or even old). It is so wonderful, so all encompassing that it must be protected and nurtured. Its provision is a fundamental human right.

My thanks to Tricia for sending me this link: This Is Me : Article 31 and a Child’s Right to Play

And from the Daily Telegraph : http://www.telegraph.co.uk/women/mother-tongue/10742678/Ofsted-Keep-toddlers-out-of-the-arms-of-the-state.html

And some fell on stoney ground …

It appears, after reading and listening to the BBC News today, that Mr Wilshaw is again attempting to steal childhood. I just don’t know why he can’t see that today is important in itself and is not, I repeat not, in preparation for adulthood. And the joy of the early years of growing up is about playing, getting excited, being with friends and not about learning how to behave in school. I just cannot understand why we persist in going down this pathway when few other countries in the world seem to do this. Institutionalising children at the age of two just does not make sense. Just view this quote from Mr Wilshaw from the BBC site: A greater emphasis on structured learning is the answer, he says. And he calls for schools to take the lead by providing high-quality early-years education in on-site nurseries.

So according to Wilshaw today is a preparation for tomorrow and what do we know about tomorrow? Very little indeed, we continue to prepare our children for a world that we have no idea about. So what would a key skill look like? … I suggest that learning how to grow vegetables would be a really good skill to have. And learning to be safe and kind and thoughtful and caring are much more important than learning the five times table.

We need to give children time to grow and time to be still, there is no rush to formalise learning in any way. Being allowed moments to fail and to experience moments of joy are fundamentally important to developing a sense of self. The formalised, stratified learning talked about by Children’s Minister Liz Truss who has said repeatedly that she wants to see more teacher-led sessions in the nation’s nurseries – is not appropriate for our youngest children.

The divided education system that we have at present continues to head off in the wrong direction. I just hope that the present teachers in training will have the sense and power to turn things around.

Children need time and space to grow. The early onset of institutional education does little or nothing to support this notion. Read an Australian view – here.

Photo: An upside-down look at the World

On 29th September last year and again on 5th November I wrote about the idea that institutional education the way it stands in England was in real danger of stealing childhood. My PLN today (Tricia Neal) pointed me towards an Independent article published on 12 January 2014 – ‘Give childhood back to children: if we want our offspring to have happy, productive and moral lives, we must allow more time for play, not less.’

It is a good read in support of my argument.

The scores are in and governments all around the world will be trying to justify their position … The east rules … as far as these tests are concerned … but what price have their young people paid to be at the top of the tree. Reports suggest that in Korea (5th in the list) children come home from school and then go to a night school to work more … sometimes up to 14 hours a day.

Is this really what anyone would want for their children? See my last post for my views on education stealing childhood.

I suppose now we are in for a time of gnashing of teeth and back to basics. Liz Truss has come out in favour of text books. I suppose technology will take a hit next. The Finns will certainly suffer the slings and arrows … and I suspect teachers in many countries will be told again that they are not good enough.

Think its time to go and have a long lie down … lies, damn lies and statistics !

But that would be just too easy.

Teachers don’t become teachers to fail their pupils. They have a passion to educate and they do this to the best of their ability. The best of the best collaborate, cooperate and learn from each other by watching what works and sharing ideas and expertise. The Pisa scores are not meaningless they just don’t tell the whole story.

There is no single intervention – or single nation – which has all the answers to our education challenges. But if we look at many of the high-performing and fast-improving education systems certain common features recur:

On 29 September I wrote about the stealing of childhood by institutional interference in the early years. Today I read a report on the BBC News : Two-year-olds should start school, says Ofsted chief .This post-birth institutionalisation seems to be a rehearsal for beginning ‘school’ … whatever ‘school’ means in this context.

For young children today is not a rehearsal for tomorrow it is an exciting entity in itself and should be treated as such.

Yesterday I read a book by Tom Barrett, ‘Can Computers Keep Secrets?’, that should be read by all those suggesting early formalisation. The essence of the book is: “Tom illuminates the global educational landscape with his insights into children’s minds. He captures the essential awe and wonder of discovery and learning.”

Children need space to grow not formality to constrain.

We start schooling and institutionalisation of children much to early. Today I read on the BBC that:

Childcare workers are calling for more play in the early years after a survey suggested social rather than academic skills were key to school readiness.